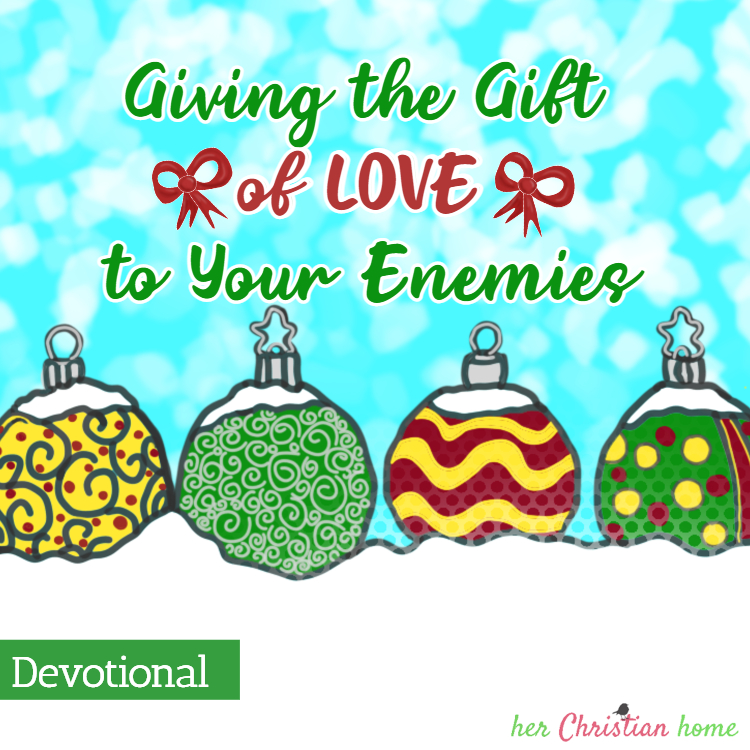 Matthew 5:44 says, “But I say unto you, Love your enemies, bless them that curse you, do good to them that hate you, and pray for them that which despitefully use you, and persecute you.”

In looking at our verse, an enemy is defined in a strong’s concordance as “someone who is hateful, odious, actively hostile.” The concordance also cites that this “especially applies to Satan.”

So we have this person, who may hate us, who may be actively hostile towards us, and what does the bible instruct us to do? LOVE your enemies.

What? Is that a misprint?

If you are a mature Christian, this comes as no surprise and most likely you’ve read this verse, heard this verse, avoided this verse, etc. And yet, even after hearing this verse repeatedly, it can still give that tinge of distaste. That, ugh…I have to love “so and so.” Or, we lie and say, “Oh, enemies I have not!”

Such a statement proves either we are young and have no life experience or we are not standing for things we ought to. (The Bible warns “beware when all men speak well of you.” That’s another message entirely!)

Let’s take a moment just to meditate on God’s word and really look at what this means, to love our enemies, and what the Lord asks of us in this matter…

Let’s break down the verse:

The word “love” here is defined in a concordance as “beloved; to love in a social or moral sense.” Many of us do not think of someone who is “beloved” as an enemy. It’s an oxymoron! How do you hate someone that you love? How do you loathe someone who is so dear, so precious to you? But when we examine further in the bible what pattern do we see?

Genesis 37:8b- “…And they hated him yet the more for his dreams, and for his words.”

Genesis 27:41a- “And Esau hated Jacob because of the blessing wherewith his father blessed him..”

1 Samuel 18:29- “And Saul was yet the more afraid of David; and Saul became David’s enemy continually.”

By definition, these people, these friends, and family were “hateful, actively hostile, odious,” against the bible heroes we know and love!

As the bible says, “there is nothing new under the sun” and human nature has not changed. The very people that hated the people of the bible are the same that often hate us today. And, it is the people closest to us that we often forget to love or can forget that they love us. By definition, they shouldn’t be an enemy, and yet, that might be exactly who they are. Yet, we are to love them.

To bless is defined in a concordance as, “to speak well, to thank, to invoke benediction upon, to prosper.”

So when Aunt Susie is out cursing me, I’m supposed to bless her? Exactly! I don’t know about your mom, but I know of many who encourage their children to be nice to the one who bullies them. Why? For one, it doesn’t give them the reaction they’re looking for and usually, the behavior stops.

Why is it that as adults we tend to forget this principle? Sometimes we stir up the fire between us and our enemies simply because we want to get the last word in!

Proverbs 15:1 teaches this: A soft answer turneth away wrath: but grievous words stir up anger.

We can often stop an argument by acting against our flesh, by staying calm when the other person is angry and nasty. I’ve seen this in working with angry children and angry customers. Many times, they will calm down simply because you won’t raise your voice to them! I challenge you to try this with whoever your enemy may be: maybe it’s your husband, your parent, your child!

This is where things get really difficult to practice. Do good to them that hate you. King David lamented over this in

Psalm 35:12. They rewarded me evil for good to the spoiling of my soul.

The term “spoiling” can be equated with the “loss of a child.” For many, there is no greater loss than to see the death of a child. This is the type of pain it caused David when those he did well for continued to hate him and repaid him with evil. We’ll read the rest of David’s response in just a moment.

This was Joseph’s response after he and his brothers were reunited.

Genesis 50:20- “But as for you, ye thought evil against me; but God meant it unto good, to bring to pass, as it is this day, to save much people alive.”

Joseph saw beyond the hurt they inflicted. If you study through Genesis, Joseph went through several years of waiting in slavery, in jail–yes, in jail! If he had any reason to hate his brothers, that would be a big one! Yet, this was his response when he first saw his brothers:

“And Joseph said unto his brethren, Come near to me, I pray you. And they came near. And he said, I am Joseph your brother, whom ye sold into Egypt. Now therefore, be not grieved, nor angry with yourselves, that ye sold me hither: for God did send me before you to preserve life.” Genesis 45:4-5.

How powerful is that? Joseph saw beyond what “rights” he may have had to be angry. He did not want his brothers to blame themselves or beat themselves up for their grievance. He simply wanted their relationship to be repaired. Is there someone like that for you? Someone that you just want to be right with?

Not only are we asked to do good to them that hate us, we are also to pray for them. In Psalm 35, David responded with prayer. Verses 13 and 14 say:

“But as for me, when they were sick, my clothing was sackcloth: I humbled my soul with fasting; and my prayer returned into my bosom. I behaved myself as though he had been my friend or brother: I bowed down heavily, as one that mourneth for his mother.”

David had every right to be angry. The people who betrayed him were trying to kill him and assert his throne, the place where the Lord had placed him. Yet, when they were sick, he fasted.

Oftentimes, we get far angrier for far less. That isn’t to say that no offenses are as extreme as these, but how petty can we be in this day and age? If David could humble himself to pray for his potential murderers, how much more should we pray for those who offend us?

The biggest thing we all say when we are actively angry is this: You don’t know what they did to me. And, to be fair, you’re right. I don’t. Your pastor doesn’t. No one may be able to understand what they did. But, your Lord in heaven does. He sees exactly what that person did to you. But, vengeance belongs to Him. (Deut 32:35) not to us.

Bitterness does nothing to the other person. It only poisons you.

I think what many of us who are angry want is peace. I think many times we want reconciliation so bad, but we won’t admit it to ourselves, much less our enemy. While that is another subject entirely there is a verse I want to share:

Philemon 15: “For perhaps he therefore departed for a season, that thou shouldest receive him for ever.“

Sometimes people leave our life, not so we can say, “Good riddens!” but so the Lord has the opportunity to work on us separately.

While there are certainly times we need to go to our enemy, as Jacob did with Esau, as Christ instructs brethren in the church, etc., there may be times that the relationship has either concluded or has gotten beyond our ability to repair. (That’s not an excuse not to go to someone though, if the Lord is prompting you to go to them.)  That is where prayer and our trust in the Lord is so powerful.

Philemon had a slave, Onesimus, who wronged him. Although the Bible doesn’t specifically say, through study, it is most likely Onesimus stole money and ran away. In Bible times, a slave that was returned to their owner could be killed!  But Paul sent Onesimus back to Philemon with this instruction: to receive him.

“For perhaps he therefore departed for a season, that thou shouldest receive him for ever; not now as a servant, but above a servant, a brother beloved, specially to me.” (Philemon 15-16)

Don’t take him as a servant, but as a brother! Philemon was not able to find Onesimus, but the Lord did! This relationship could not have been repaired without the Lord’s specific intervention.

God is able to restore that which was lost above where it was before! Is there an enemy that you simply long to have that sweet relationship you once had back? God can restore it and make it stronger than it was before!

Christmas is the time of reconciliation…

Jesus was sent into the world so that sinners may be reconciled to him.

In many worldly shows, you’ll see reconciliation themes at Christmas time. Why? The world may not know it, but we as Christians should.

Don’t let the sun go down on your wrath!! Reach out to them today!

The Best Part of Waking Up 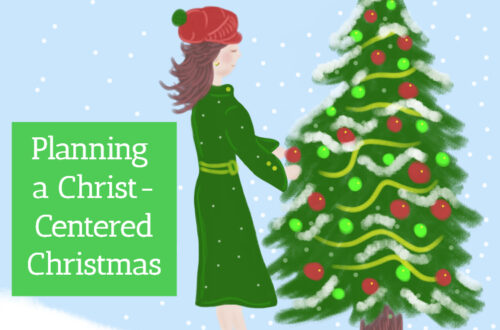 Love the Unlovable Ones