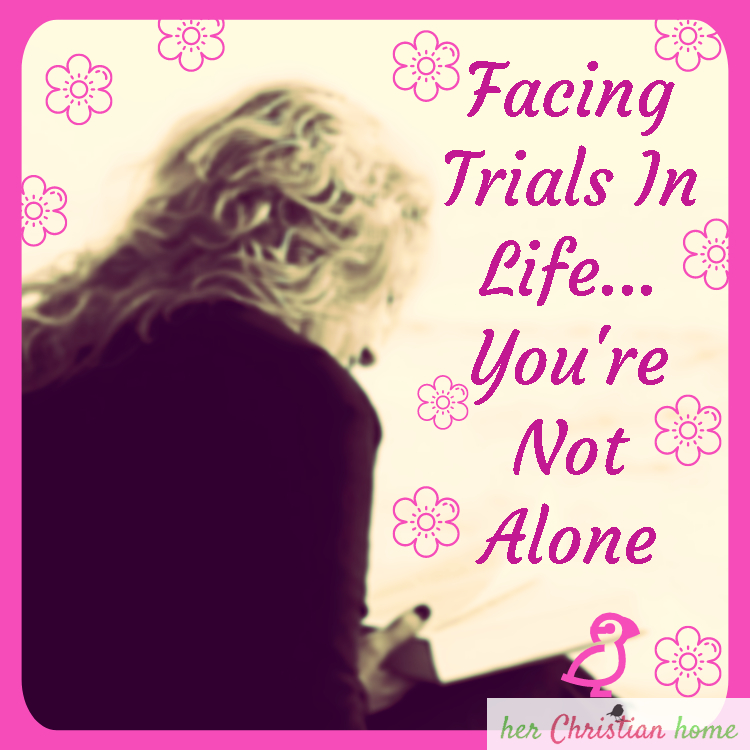 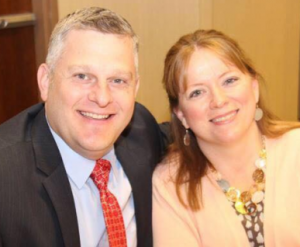 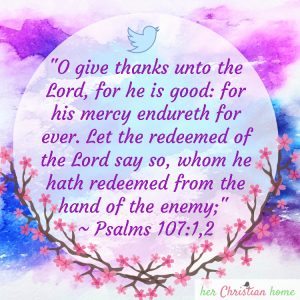 The Book of Psalms has been such a huge encouragement to me over the years. During this season that is designated by the world as Thanksgiving, I can’t help but think of the verses in Psalms 107:1,2,  “O give thanks unto the Lord, for he is good: for his mercy endureth for ever. Let the redeemed of the Lord say so, whom he hath redeemed from the hand of the enemy;”

It seems that no matter who I talk to, wherever I go, it is pretty much the same story. I have heard of so many Christians going through trial after trial after trial this past year. And when I say trial, I don’t mean just the menial trials, either. I mean the heavy duty, tough trials. The ones that you just have to shake your head in disbelief at, because what else can you do? Illness, death, divorce, relationships, financial strains, losing jobs…the list is endless. I’m sure you’ve been there, as well, right?

Maybe you are the one in the midst of the trial, right now, or you’re the one who has been down that road this past year. We all have trials and tribulations, and some of those trials are really, really tough. Some of them make us question ourselves, try our faith, and really can wreak havoc in our lives, especially if we are not guarded in our minds and hearts.

I am a first grade teacher at a local Christian school. I have been doing this for the past 7 years. Each year I have taught the same curriculum; however, I am always amazed as the Lord uses the Bible lessons in MY life as I teach my first graders each day. His Word never returns void, and as I teach a simplified lesson to children who are 5 and 6 years old, my God speaks to me and uses that same lesson to encourage my heart.

In one particular series of lessons, just recently, I was teaching about Jacob and how he came to Laban’s house, after running away from Esau. Granted, it was because of his own trickery that Esau was angry with Jacob, and was threatening to kill him, but that’s another lesson to be learned. However, when he arrived at Uncle Laban’s house, there he met Rachel, the most beautiful girl he had ever laid on eyes on, right? And he wanted to make her his wife. You know the story, I’m sure.

Uncle Laban agreed that Rachel could become Jacob’s wife, after 7 years of working for him. However, when those 7 years were up, and it was time for the wedding, Rachel wasn’t the bride. It was Leah who ended up being the bride instead. Can you imagine? I can’t.

I know Jacob was surprised, but what about Rachel? The hurt, the anger? The frustration? The broken dreams? But did she give up on serving God? We don’t see that, do we? Thankfully, that wasn’t the end of the story. There was another wedding 7 years later….

7 ‘LONG’ years later, I imagine, for a young lady who was wanting to become a bride! That had to have been a trial! But she didn’t give up. As I read through that particular account, I couldn’t help but feel the angst of Rachel. Yet, she didn’t quit, she refused to give up. She saw the hand of the Lord in it all.

May God bless you and your family! 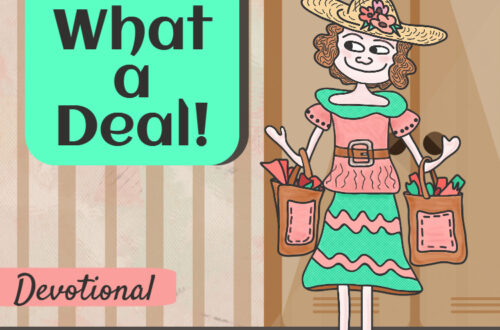 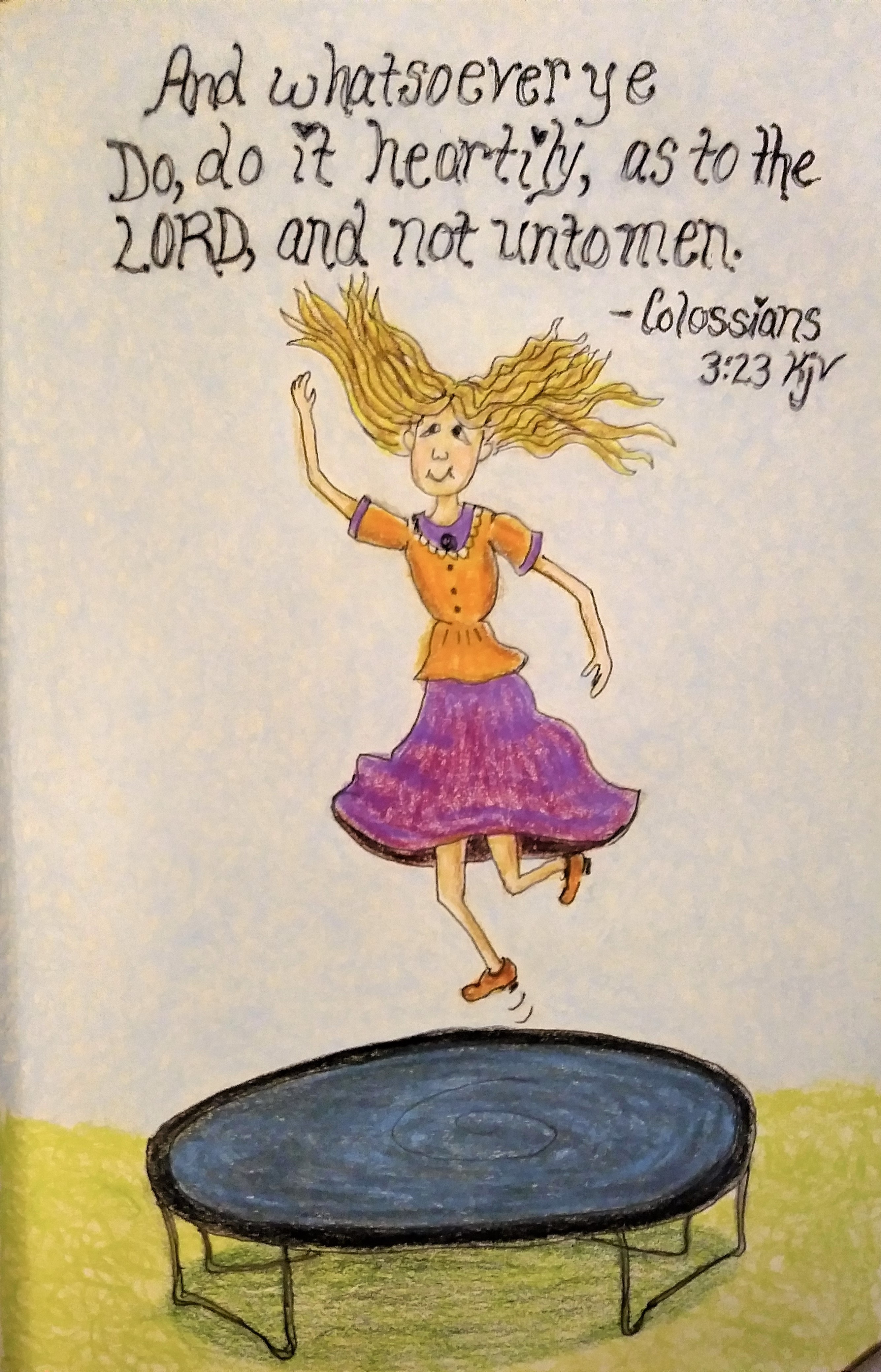 What’s In It For Me?

Pray for America – Every Time You See Our USA Flag