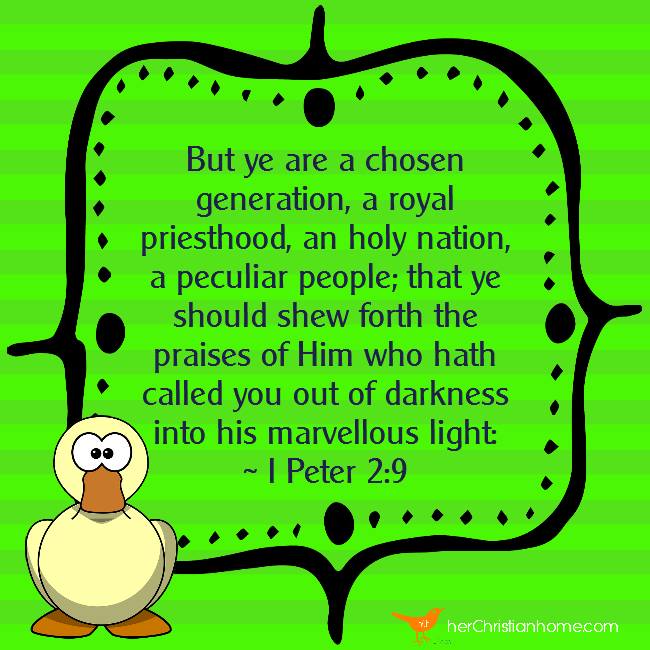 In today’s society we have millions of people walking around showing off their “individuality”… multicolored hair, rings in their nose and eyebrows, and clothes that are so unusual (um…more like really STRANGE)…we’re not even sure where they found such items to wear (is there really a store that sells that stuff?).

Yet, Christians are often scoffed at for being so “peculiar”. Sadly, many Christians would rather “mix” into the worldly crowd….rather than be different.

Jesus bore so much suffering on the cross for each of us, and sadly we’re often ashamed to be a little different. We’re to be a light to the world…

In order to be a light to the path of Jesus, we can’t be walking the same path the world does.

Going to church on Sunday doesn’t make me so “peculiar.”  Even the worldly crowd will muster enough strength to make it to church on Easter Sunday or other such occasions…

It’s the places we go (and DON’T go), how we dress (and DON’T dress), how we act (and DON’T act), and our very manner of speech that makes us peculiar to the world.

I challenge you — I dare you to be different!

The world thinks Christians are missing out….Oh, they’re so right!!!

The ladies group that I sang with in the past sang this song that says it all.

Here’s the words (hope you take time to read them)…

We’re missing out on the good life according to man of degree, we’re missing out on life’s normal pleasure by standards of worldly beliefs, they say we’re too narrow… we should learn to just let go – we’re all missing out somehow, but when I think of their claims and the pleasures they name, well, I’ll admit I have missed out.

This world is concerned that Christians are missing out socially, they say that our stand and the Book in our hand, it’s not right politically, they call our convictions religious addictions, they say that we’re all turned around, but we cannot deny one thing they’ve got right, well it’s true, we have missed out.

But ye are a chosen generation, a royal priesthood, an holy nation, a peculiar people; that ye should shew forth the praises of Him who hath called you out of darkness into his marvellous light:

*If you agree that we Christians ought to be different, please click the buttons below and share! 🙂 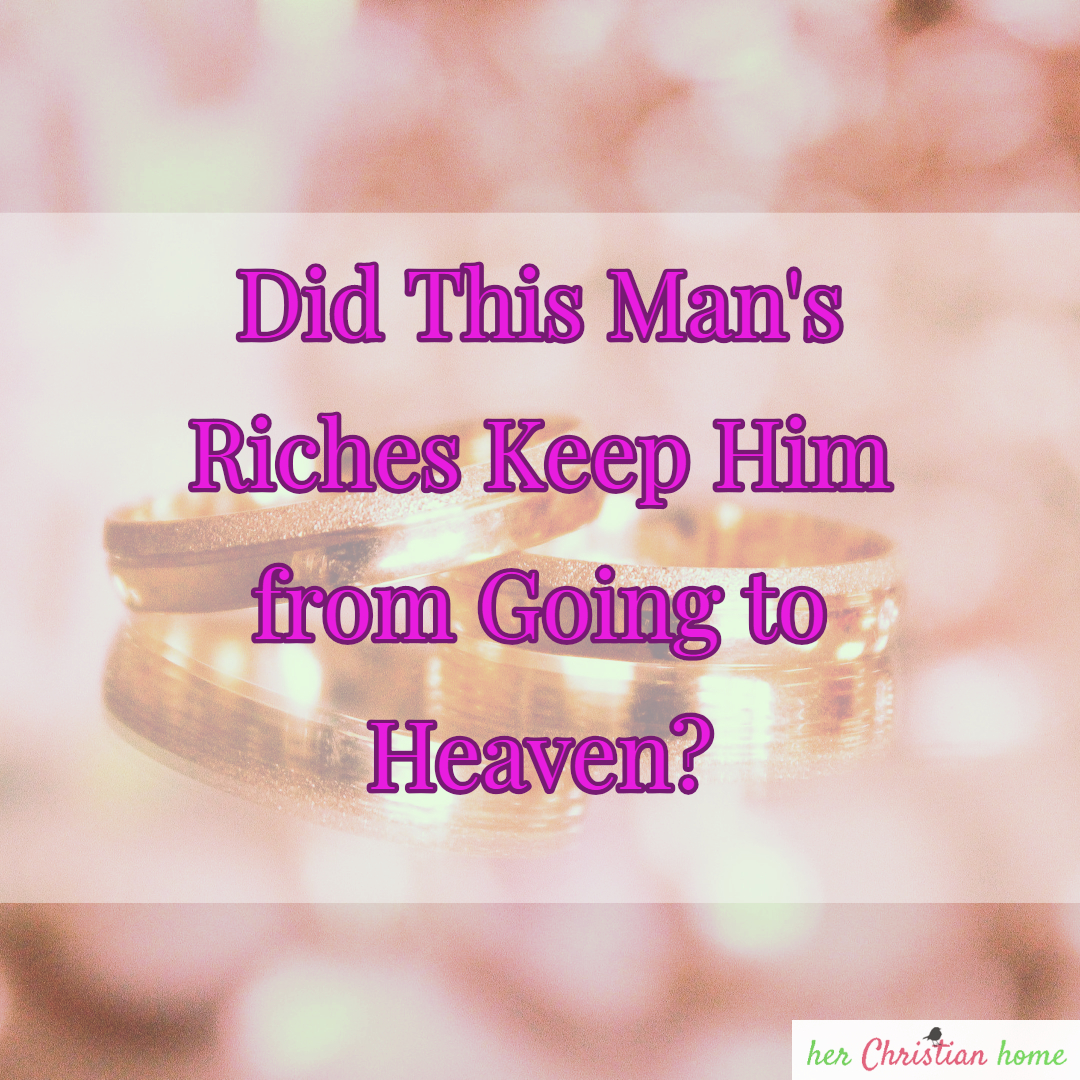 Did This Man’s Riches Keep Him from Going to Heaven? 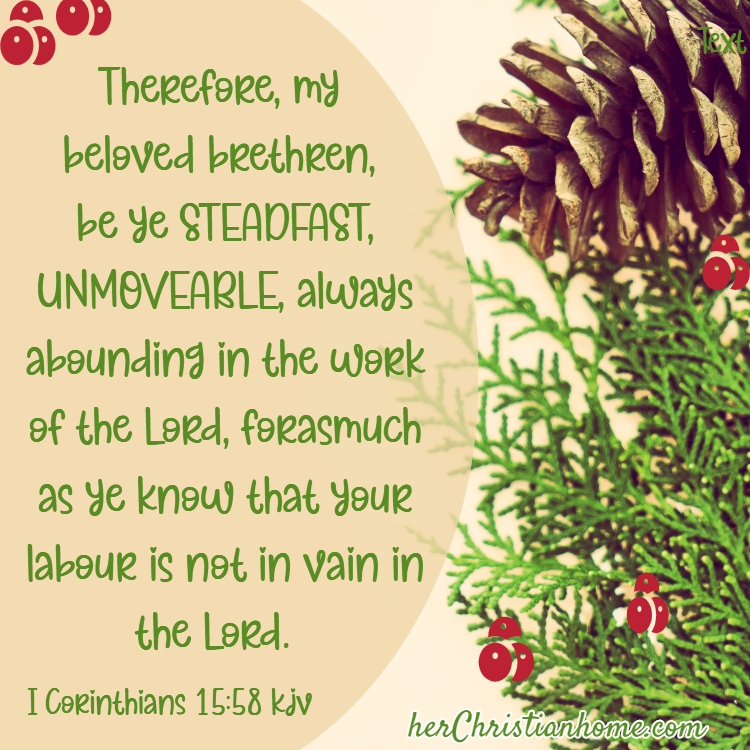 Is Your Mind Easily Changed? 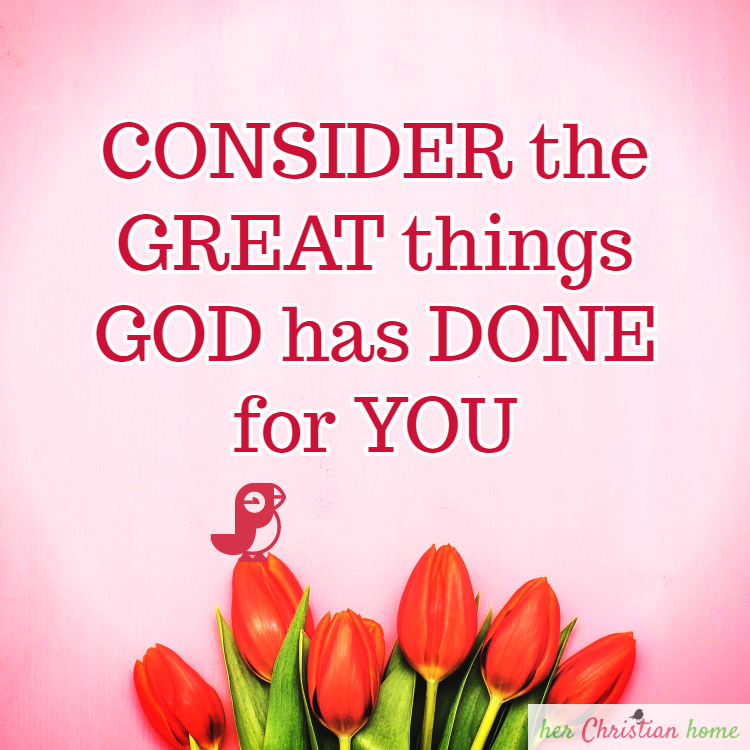 Consider the Great Things God Has Done For You